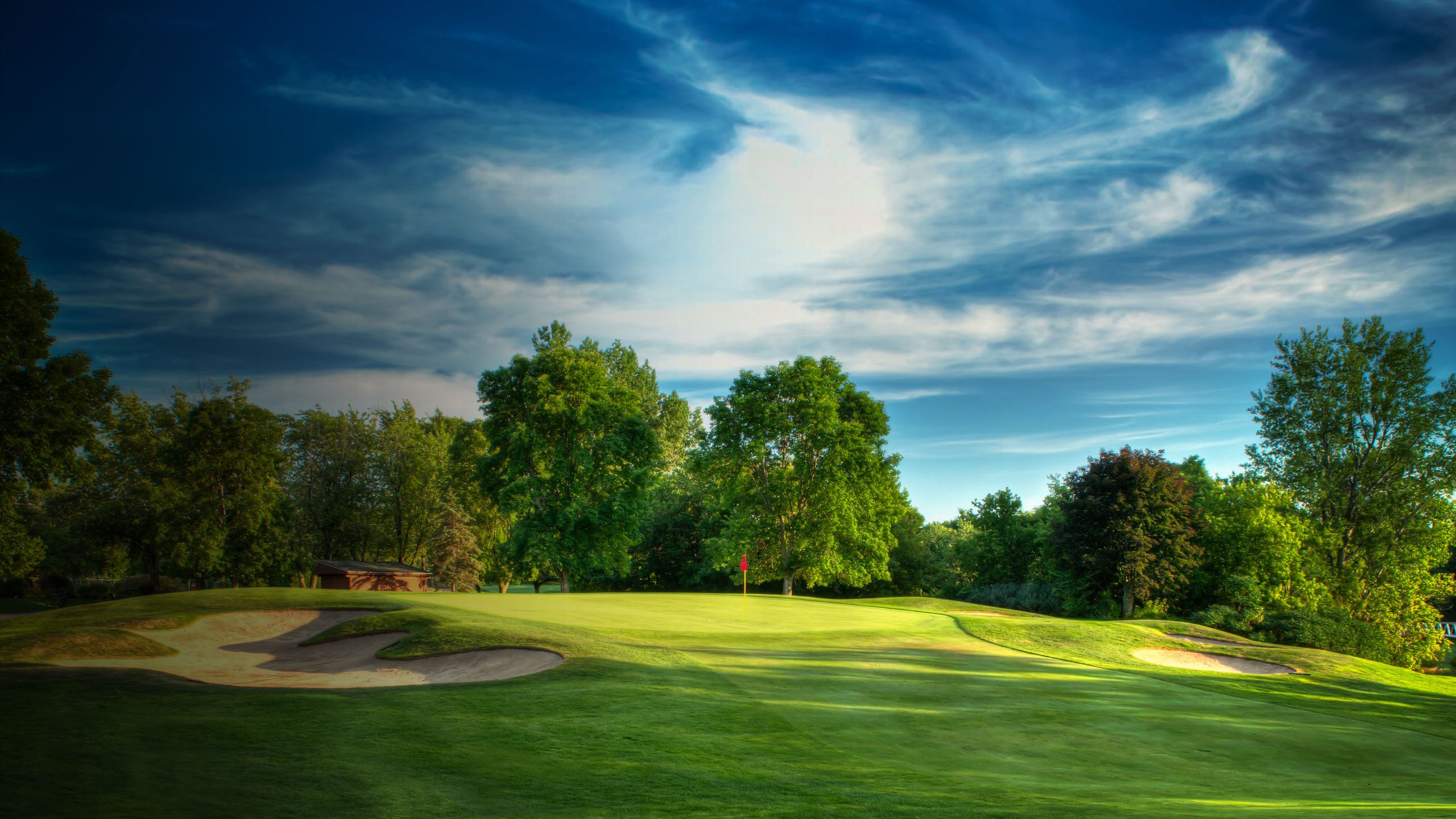 At Pinegrove, everything is set in motion to improve the golf game of every member, no matter his or her skill level. Members have access to a uniquely qualified professional teaching staff, a full-size driving range, a short-game practice facility and a large putting green. Furthermore, programs are tailor-made to suit the needs of women, junior members and competitive golfers.

Over the last few years, Pinegrove has made significant investments to improve its practice facilities. The renovated driving range has seven target greens to provide a variety of distances to practice all manner of golf shots. The Club also redesigned a practice par-3 hole to help improve members’ short game and sand play. The practice green mirrors on-course conditions to help golfers gauge the speed of Pinegrove’s difficult greens.

Pinegrove provides the right environment for golfers looking for a competitive game. In fact, 50 members actually have a handicap of 5 or better. As a consequence, our junior, women and men’s teams are ranked very high in their intersectional divisions.

At Pinegrove, members who have a competitive drive can always set up matches with like-minded golfers or they can join the Club’s intersectional teams in the A, B and Senior divisions through a series of qualifying rounds. Members who wish to combine a little competition with fun can join one of the many friendly leagues composed of either experienced golfers or those just beginning to play.

Whether you are seeking competition through team events or are looking for just a casual game, Pinegrove has a variety of programs to suit the needs of its women members. Free golf clinics have been specifically designed for the woman golfer and are conducted by female professionals twice a month. This provides a great opportunity to learn the game and make lasting friendships.

Pinegrove has over 100 female golfers within its ranks. Under the direction of the Women’s Club President and Captain, everything is put in place to welcome new female members and to integrate them seamlessly in the Club. Pinegrove has also invested in providing tee boxes that can accommodate different skill levels so that the game is pleasurable for all.

Pinegrove has developed many programs to make golf fun for junior members. At the beginning of the season and for six weeks, free clinics are offered on Sundays for members aged between 6 and 18. During the summer, junior members who are 14 years of age or older and who have completed golf camps benefit from tee times set up just for them. In addition, Pinegrove participates in a friendly mini-tour competing with eight other clubs in the region. The junior intersectional team competes once a year with three other clubs. Many other activities have been developed including a Ryder Cup, a night-time tournament and the Club Junior Championship.

During the summer holidays, Pinegrove offers an innovative program for junior members aged between 7 and 14. A-one week session is comprised of seventeen hours of golf, three one-hour clinics and fourteen hours of practice with a monitor. Members can reserve as many weeks as they wish (maximum 6).